Twenty-seven years after celebrating Jim Asberry’s 716.5-pound Tennessee record-breaking pumpkin, the City of Allardt again anticipates a record breaker at its Saturday, October 6 festival and weigh-off. Previous festivals have featured jaw-dropping giant pumpkins with weights that toppled records for Kentucky and Georgia as well as Tennessee and the local event.

In 2017 James and John VanHook of Somerset, KY, broke records for the weigh-off as well as the state of Kentucky with their 1,594 lbs. entry. Second place went to Bruce Terry of Helenwood with a 1,353 pounder and third place to Jason Terry of Oneida with a 1,342 lbs. entry. Tim Grizzle of Blairsville broke the Georgia state record with a 4th place pumpkin weighing 1,306. But Allardt still await the 2,000 pounder. This could be the year.

Thousands of festival goers will flock to this favorite fall event, drawn by the weigh-off, plus a spectacular region-wide auto show, food and craft vendors in Bruno Gernt Park, live music on-stage at City Hall, a Pumpkin Run, motorcycle and tractor shows, a parade at 3 p.m. (Central), and a costume contest. The festival is fun for the entire family with free parking, free admission, and fireworks to top off the day. A pre-festival Great Pumpkin Beauty Pageant sponsored by Clarkrange Drug Center is set for Sept. 29 in Jamestown with winners to be introduced at the festival’s 10 a.m opening ceremonies October 6.

The actual weigh-off at the Sandy’s Diner building is set for 10 a.m. until 1 p.m. with registration from 8 a.m. to 9:45 a.m. Dwight Dickson will serve as master of ceremonies. Allardt is a GPC weigh-off site offering $1000, $600, and $400 prizes for the top pumpkin, watermelon, and green squash respectively. An assortment of other vegetables will compete for weight and size awards as well.

Chairman Cathy Jeffers will officially open the festival at 10 a.m. (Central) October 6 at Allardt City Hall with introductions of the 2018 Festival King and Queen and pageant winners from the September 29 event. A costume contest sponsored by Progressive Savings Bank for children up to age 12 will follow at the same location. Register for the contest beside the stage at 9:30 a.m.

Live music and entertainment on stage at City Hall starts at 12:30 p.m. to run until the 3 p.m. parade. Singers and musicians resume following the parade at about 4 p.m. Headlining the event will be singer Jaimee Paul and her band (jaimeepaul.com), with performances by Tim Ledbetter Band, Cody Hull, and Children's Jubilee. William Bilbrey (Millenium Sound) is entertainment coordinator.

Stephen Williams, assisted by the York Institute Cheerleaders, spearheads the Clyde and Zelia Stephens Memorial Auto Show, sponsored by O’Reilly Auto Parts and Bank of Fentress County. Registration is from 8 a.m. until noon at the 4-way stop in Allardt. Entries can expect lots of prizes, awards, and cash giveaways. The Motorcycle Show, coordinated by Doug Sells, will also present trophies and prizes. The Motorcycle Show is sponsored by Union Bank, Micro Metals Inc., and DSC Concrete. Antique tractor exhibitors will gather near the auto show and participate along with autos and motorcycles in the 3 p.m. parade. Dustin Garrett coordinates the tractor show, sponsored by Twin Lakes Lawn & Tractor, Cookeville, and Garrett Tractor Repair and Restoration, Jamestown. Tractor entries will also receive freebies provided by steinertractorparts.com

Runners start off the day at 7 a.m. (Central) at Allardt School for the annual Pumpkin Run. There are 10k, 5k, and 3k runs and a one-mile Fun Run. Pick up an entry form at Hall Family Pharmacy, event sponsor in Jamestown.  You may also download an entry form at allardtpumpkinfestival.com or register the morning of the run. A portion of the proceeds will go to benefit the Children’s Shopping Spree.

The Pumpkin Festival Parade, a highlight of the day, will step off at 3 p.m. led by the winning giant pumpkin and the Festival King and Queen, accompanied by the Oneida High School Pride of the Tribe Marching Band. Crystal Tompkins is parade chairman.

The 2017 first annual Pumpkin Pie and Pumpkin Roll Contest was a huge success. Entries will again be taken at the Allardt Medical Clinic at 2009 Michigan Avenue beside the Allardt Fire Hall between 8:00 and 9:30 am the day of the Festival. Anyone can enter and all entries must be homemade. The $10 entry fee will go to the Allardt Volunteer Fire Department with the actual desserts being served with the meals purchased at the Fire Hall. Winners will be announced at the City Hall stage around noon, with the 1st and 2nd place winning entries being auctioned off at that time. All proceeds go to the Allardt Fire Department. The first place winners in each of the two categories will get $200 each with the 2nd place winners receiving $50. This event is sponsored by the Allardt Medical Clinic and the Dr. Doug Smith Family.

For the best festival food in the Southeast make your way to the Bruno Gernt Park and sample the highly sought pumpkin rolls, fried pies, fried Oreos, pumpkin and nut breads, rolled ice cream, and the usual funnel cakes and homemade goodies brought by local church folks.  Come early for the best selection of goodies.

There is more substantial fare as well – tasty barbecue at the Allardt Fire Hall, deep fried vegetables, Italian and Polish sausages, hamburgers, hot dogs, pinto beans and corn bread, and barbecue from vendors in the park.

Twin Lakes Telephone Cooperative provides free Wi-fi for the festival in the vendor park and at one additional location in the city.

Homemade Pumpkin Pie and Pumpkin Roll Contest – Registration of entries 8 a.m. – 9 a.m. Allardt Fire Hall. The $10 entry fee will go to the Allardt Volunteer Fire Department with the actual desserts being served with the meals purchased at the Fire Hall. Winners will be announced at the City Hall stage around noon, with the 1st and 2nd place winning entries being auctioned off at that time. All proceeds go to the Allardt Fire Department. The first place winners in each of the two categories will get $200 each with the 2nd place winners receiving $50.

Weigh-Off of Pumpkins and Other Vegetables – Register your pumpkins, squash, watermelons, and other vegetables from 8 a.m. to 9:45 a.m. at the Sandy’s Diner building. Entry fee $10. The actual weigh-off will take place between 10 a.m. and 1 p.m.  Allardt is an official GPC weigh-off site.
The big pumpkin winner must ride in the parade or be disqualified. See rules and regulations at www.allardtpumpkinfestival.com. Dwight Dickson will serve as master of ceremonies. (Weigh-off scales supplied by Fairfield Scales, Nashville.)

Pumpkin Festival Parade - 3 p.m. – The parade is always a highlight of the day and one of the largest parades of the year for Fentress County. This year’s parade will feature the Oneida High School Pride of the Tribe Marching Band. As usual, parade entries will line up on the Baseline Road. To line up, follow Highway 52 E from Allardt past the orange water tower to the Les Franklin Road. Turn left at the Les Franklin Road. Then enter the Baseline Road from the Les Franklin Road only. The deadline for entries is noon Thursday, October 4. Registration form found in Fentress Courier. Call Crystal Tompkins at 879-5897 or 397-3495 for additional information.

Fireworks top off the event at dark about 7 p.m.

Crafts and Food Vendors  - 125+ Vendors set up in the Bruno Gernt Park, all day. All vendors set up anywhere in Allardt and who have not paid the Festival fee are asked to purchase a vendor's permit for $50 at Allardt City Hall and keep it at their site during the festival. The permit verifies that vendors have helped support the festival by their contribution toward festival expenses. The vendor park is sponsored by Micro Metals and Top of the Hill Properties. Cathy Jeffers, event chairman. 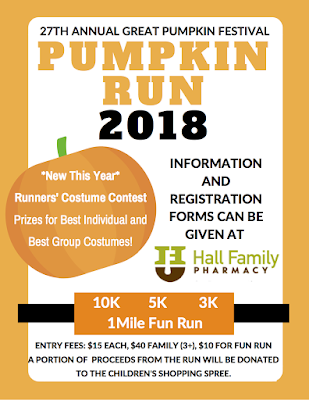